By any measure, coffee reigns in Berkeley.

Calculating the number of coffee shops per resident, Berkeley has one coffee spot per 2,073 residents, with 59 total coffee shops in the city. Conventional wisdom says Seattle would top a coffee list like this, but the land of emerald mermaids came in fourth, with 1 coffee shop per 2,308. Berkeley wins!

In addition to numbers, there is diversity in Berkeley coffee. Here is a tale of four roasterys.

In 1966, on the edge of the Free Speech Movement, Alfred Peet began to brew another born-in-Berkeley revolution, this one called "craft coffee." Visit the original Peet's Coffee shop in North Shattuck, and the small museum behind the barista counter paying homage to Mr. Peet.

Locals spot that a visitor will be fortunate to find, believe us! Berkeley Espresso has a generic sounding name that belies amazing tasting coffee drinks. The proprieters, from Argentina, make maybe the best espresso north of Buenos Aires. Order a cortado grande to receive a huge smile.

1951 Coffee Company is a nonprofit specialty coffee organization with a cause: providing training, jobs and support for refugees, asylum-seekers and those with special immigrant visas. The nonprofit’s cool new coffee kiosk at the Downtown Berkeley BART Plaza is open weekdays, offering coffee and espresso drinks beginning at 7 a.m.

Robot baristas have arrived in Berkeley, joining a growing fleet of artificial intelligence coffee servers in the San Francisco Bay Area. Bbox Cafe's team of robos, “Bev” and “Jarvis,” get your order from their boss (ok, an app), and set to producing super-craft Highwire Coffee drinks that consistently taste amazing. Is this coffee's new wave?

For more places to sip a tasty drip, check out Berkeley Local Libations. 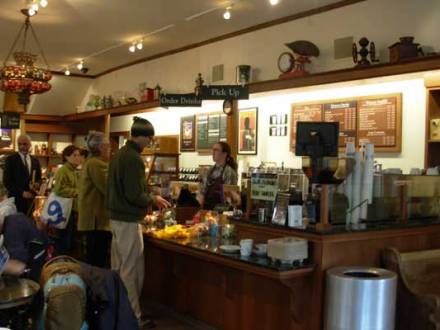 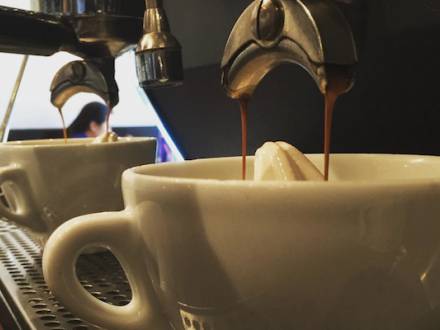