Kamala Harris makes history this month as the first woman of color Vice President in the United States.

As she continues to break barriers, both culturally and politically, we can appreciate not only where she's going, but also where she came from.

Kamala grew up in Berkeley and the East Bay, where much of her cultural and political strength is rooted. Not only did Berkeley help shape who Kamala is today, but she left her mark in several spots around the city. Let’s tour around Berkeley to see just how much of a mark Kamala has left in her beloved hometown.

Located near Downtown Berkeley, the University of California, Berkeley serves as the heart of the city and the seat of its progressive political legacy. Kamala’s unique political Berkeley identity goes far back before she was even born. Her parents, Shyamala Gopalan Harris and Donald Harris, met on the UC Berkeley campus as students, where the campus was the epicenter of civil rights and free speech movement protest in the 60’s.

Walking onto the UC Berkeley campus today, you’ll get an immediate sense of energy, feeling the political history of Berkeley come through. Famed Sproul Plaza has served as a strong center for student activity (and activism) and holds events, protests, and gatherings, including several Black Lives Matter protests last summer. The campus is located at the top of Telegraph Avenue, which has been the site of protests, as well as shopping and hangout opportunities. To this day, the campus carries the pride in protest that Kamala was surrounded by as a child.

Deeper downtown, past Shattuck Avenue, is Berkeley High School. While Kamala did not attend Berkeley High, she has left a significant mark on the students and faculty of the school, joining the long list of Berkeley natives that will not be forgotten. She spoke to Berkeley High’s class of 2020 during its virtual graduation, offering wisdom and inspiration for students. Berkeley High students have made themselves heard regarding activism, having participated in walkouts regarding topics like Black Lives Matter, sexual harassment, and more. Kamala would fit right in!

Heading south through Berkeley, to the corner of Martin Luther King Jr. Way (MLK Jr. Way) and Derby Street, is a place that used to serve as a shining haven for Black cultural and political empowerment, aimed for both the young and old: Rainbow Sign. Currently, the Berkeley Mental Health Services Center, the Lorin District building was once a Black cultural arts center that aimed to educate, uplift and entertain the Black community of the Bay Area.

Kamala went to the center with her mom and sister every Thursday, where they were known as “Shyamala and the girls'' to the community. They attended many of the classes and workshops offered, several of which featured consequential Black artists. To this day, Kamala credits much of her own political spark to the small center that only lasted six years.

Continuing North on MLK Jr. Way, then heading into West Berkeley, you may notice a small yellow duplex located at 1227 Bancroft Way, between Browning and Bonar streets. The duplex is now home to Berkeley International Montessori School, but before that Kamala lived in the top unit with her mom and sister. The neighborhood was primarily Black, due to redlining that forced many Black people to live below MLK Jr. Way. The West Berkeley Int’l Marketplace neighborhood now fosters a strong international presence, home to a variety of shops and restaurants that showcase the thriving diversity in Berkeley. On the day announcing the Biden-Harris win, several supporters celebrated in front of the yellow house, dancing and cheering on the monumental day.

Keep heading north, and you may just end up following the same route Kamala’s school bus took every morning to get to Thousand Oaks Elementary School. As a student, Kamala was in the second class of students to be bussed into different neighborhoods for school as a part of Berkeley’s public school integration program. The school is located in North Berkeley’s Solano District, centered along the one-mile length Solano Avenue, and close to iconic Indian Rock.

Also located at Thousand Oaks is a hidden gem that strongly highlights Kamala’s impact as a woman in power. There lies a mural that features Kamala, as well as other female figures like Malala Yousafzai and Serena Williams. The mural, painted in 2019, was designed by Miriam Klein Stahl and painted by students in the Arts and Humanities Academy at Berkeley High School. The bright colors and legendary company on the mural place Kamala where she won’t be long forgotten.

For a scenic drive, head up the hills of Berkeley toward the Berkeley Lab. Though the location may not seem to relate to Kamala much immediately, she carries memories of cleaning test tubes after school at the Berkeley Lab. Kamala’s mother, Shyamala, was a cancer researcher at the lab and Kamala often spent her afternoons there. Though the family eventually moved to Montreal, Kamala returned to the Bay Area for her career as an attorney. Shyamala was later hired at UC Berkeley, as a part of UC Berkeley’s Department of Zoology and Cancer Research Lab; right back where we started.

It’s clear that Kamala Harris is Berkeley strong in spirit and soul. In true Berkeley fashion, she is sure to go on to achieve great things while maintaining humble roots. Next time you’re visiting Berkeley, stop by some of these spots and see just how much politics, history, and culture are woven into even the most unassuming corners of this progressive city. 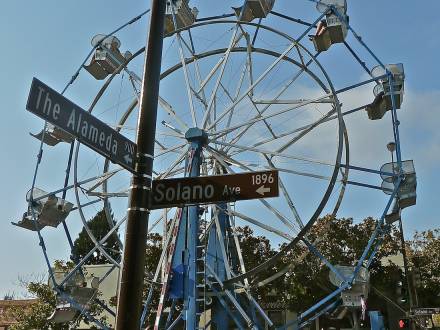 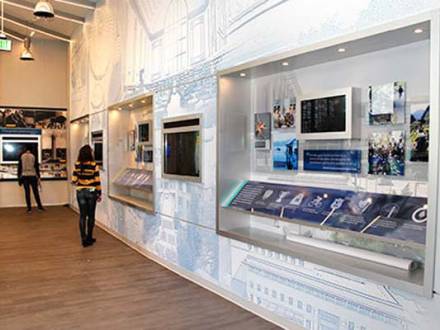 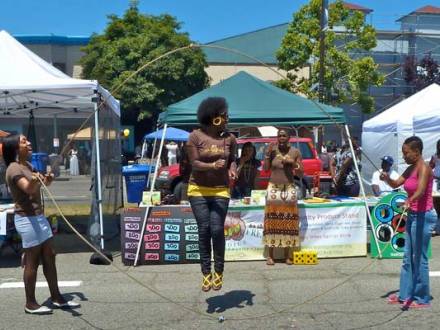 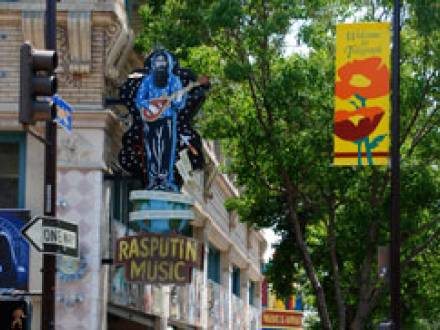 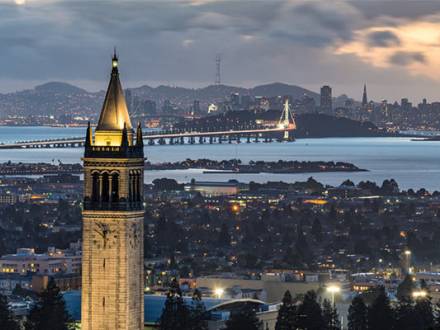