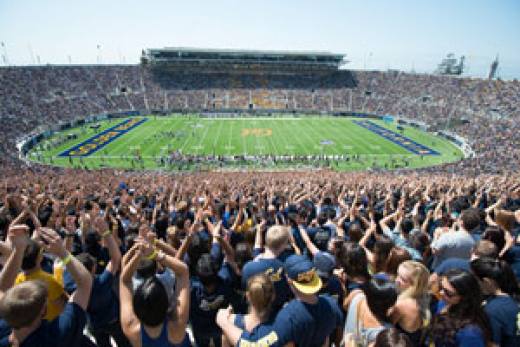 California Memorial Stadium (1923) is the home of the California Golden Bears football team. Designed by John Galen Howard, Memorial Stadium is dedicated to students who lost their lives in World War I. Since it opened in the fall of 1923, Memorial Stadium has generated scores of unforgettable memories for generations of Golden Bears. Following a $321 million project to renovate the historic building, bringing it up to modern structural standards and creating a 63,000+ capacity facility significantly reduced seismic risk (all while maintaining the architecture and character of the celebrated structure), Cal Football returned to Memorial Stadium for its fall 2012 season.